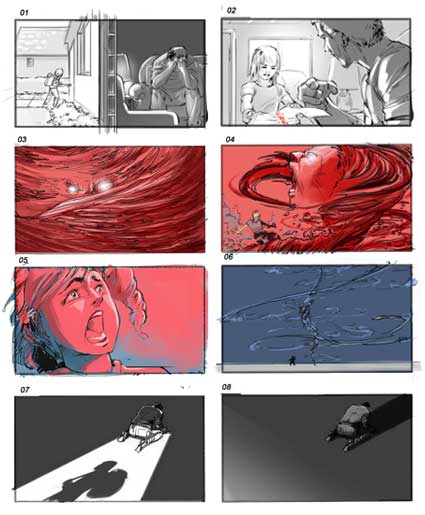 This storyboard depicts a scene in which a father, suffering from depression, acts out against his daughter. He transforms into a tornado raging around his home in anger and destruction. He blazes through everything and everyone in his path until there is nothing left to destroy. The scene, red with rage, begins to cool as the tornado recedes and the father collapses in exhaustion, enveloped in the destruction left behind.

But it is too late. The young girl, fearful of her life, decides to runaway from home, thus beginning her journey into foster care.