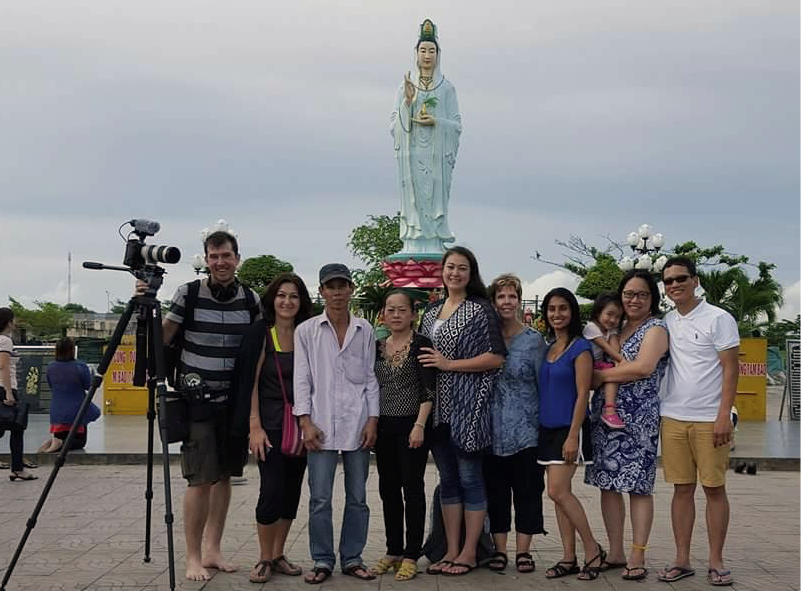 Yasmin Mistry is an Emmy-nominated animator, and filmmaker. Her work has been displayed worldwide including showings at the United Nations and White House as well as at film festivals such as SXSW, Tribeca and DOC NYC. She is the recipient of grants from the Annie E. Casey Foundation, Brooklyn Arts Council, Jerome Foundation, Riverside Sharing Fund, Artists Volunteer Center and Harnisch Foundation, and was a two-time finalist for funding from the ITVS Diversity Development Fund. Films from her documentary short series about foster care have been featured in over 140 film festivals and been nominated for more than 80 awards. In 2018 she received the CASA Hero Award for her advocacy work, giving youth in the child welfare system an opportunity to be heard. When not making films, Yasmin works as a programmer for the Anchorage International Film Festival, a screener for the Blackbird Film Festival, and a co-leader for the filmmaking collaborative Docshop.

Ashley Da-Lé Duong is a Vietnamese-Canadian writer, producer, and director. Ashley specializes in stories about identity, culture, and the environment. With Catbird Productions, Ashley produced, wrote, and directed the award-winning feature documentary, “A Time to Swim”. The film was broadcasted on Al Jazeera Witness, and Super Channel. Ashley has produced and edited over 15 short documentaries for CBC ARTS. An advocate for advancing ethical documentary practices, Ashley is a member of Brown Girl Doc Mafia, A-Doc, and BIPOC TV & Film and a mentor for Being Black in Montreal, Unsung Voices, and BGDM Skillshare. She was selected for the Corus Showrunner Apprentice Program, the Hot Docs Diverse Voices Program, the CBC Development Program for Diverse Creators, was awarded Quebec’s 2021 artist laureate to Vietnam to develop her latest feature.